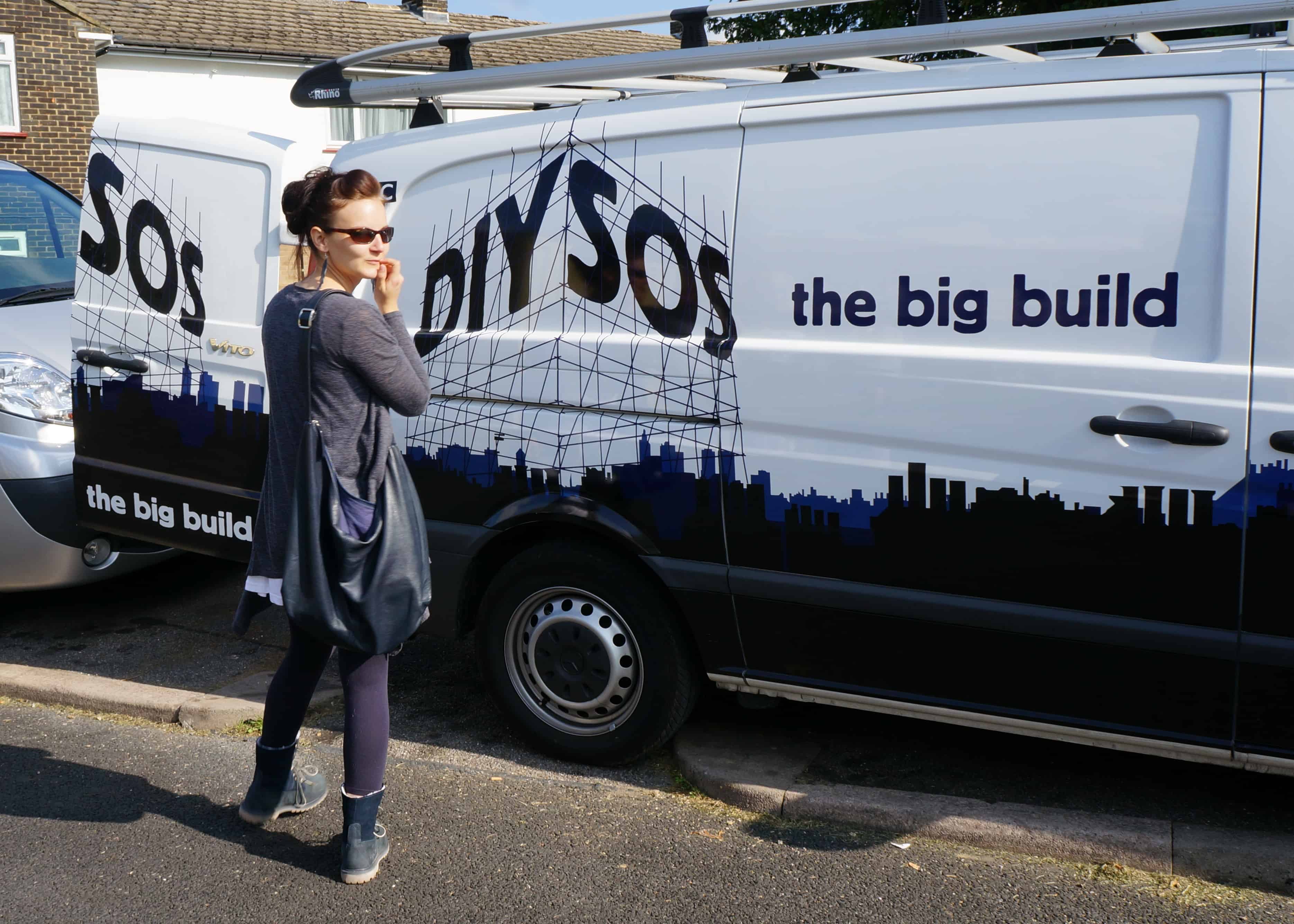 So a few weeks ago, I received an email through my Etsy shop from a lovely woman at the BBC requesting a couple of my pillow covers for a home design show that they do called DIY SOS: The Big Build.  After further reading and a little research, I realized that it was the original (British) version of a show we watch in America called Extreme Home Makeover.  I’ve been obsessed with EHM for years, and have never made it through an episode without crying like a baby.

So to be asked to make a contribution to such an epic and worthy cause, even if it is just a couple of little pillow covers, made me squeal and tear up with joy and gratitude.

I got the pillow covers done and sent them off right away, and was also invited to come to the neighborhood where the family lived and be there for the big reveal with the rest of the builders, tradesmen, suppliers and crew that had a part in the renovation.

The family, two EMT parents, a 9-year-old daughter and a 6-year-old boy with severe physical disabilities and an incredible love for sports, needed a space that their growing boy could fully access and which would give the incredibly hard working parents and his caring sister some much needed respite and comfort.

Being there with all the people that volunteered all of their time and sweat to bring this to fruition for this incredibly deserving family was amazing.  It was a beautiful, sunny day and the look on the young boy’s face as he was talking about his rad new room, bathroom and the gaming system that he could operate with his finger was just an honor to witness.  The family was so incredibly grateful, and being the type of people that spend their day saving lives and caring for others, it was a great honor for everyone that participated in the project to be able to help them so immensely and take such a weight off of their shoulders so that they could go from coping with their situation back to living more fully.

After all the opening and closing scenes were filmed, everyone had the opportunity to meet and get pictures with the DIY SOS staff and builders.  A group of incredibly kind, caring and hilarious guys that have one of the greatest jobs I can imagine – making huge, positive changes in the lives of others on a daily basis using creativity, innovation and the collective goodwill of a huge team.

It was a dreamy, dreamy day my friends.